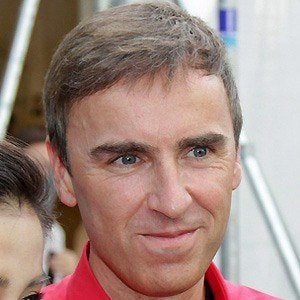 Belgian fashion and furniture designer who launched his own menswear label in 1995 and started a job as the creative director at Christian Dior in April 2012.

He graduated from a Genk college in Industrial Design and Furniture Design in 1991.

He received the Swiss Textiles Award in 2003 with which he received 100,000 euros in material benefits.

His father was an army watchman and his mother was a house cleaner.

Raf Simons Is A Member Of