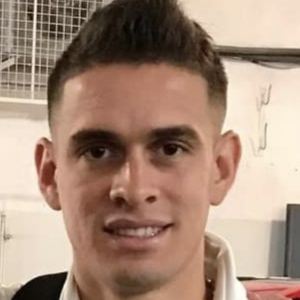 Forward who has risen to fame for his play for Argentinian Primera Division club River Plate, who he joined in 2017. He helped lead the club to the Copa Libertadores and the Supercopa Argentina titles in 2018.

He made his professional soccer debut with Deportivo Cali in 2013. He contributed to the club finishing as runners-up in the 2013 Categoria Primera A Clausura tournament.

He won the Copa Argentina in 2016-2017 with River Plate. He previously won the 2014 Superliga Colombiana with Deportivo Cali.

He was born and raised in Barranquilla, Colombia.

He and Rodrigo Mora have played as teammates for River Plate.

Rafael Santos Borré Is A Member Of