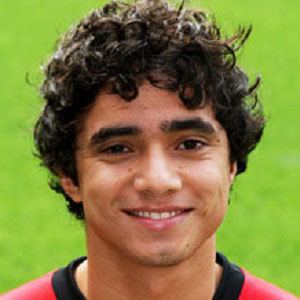 Midfielder who joined Manchester United in 2008 and was named to Brazil's international team in 2012.

He began his youth career at age 15 with Fluminese.

He won a silver medal with Brazil's U23 team at the 2012 Summer Olympics.

He married Carla da Silva on January 4, 2012, and the couple had a daughter named Eduarda together.

He joined Wayne Rooney on Manchester United in 2008.

Rafael Da Silva Is A Member Of