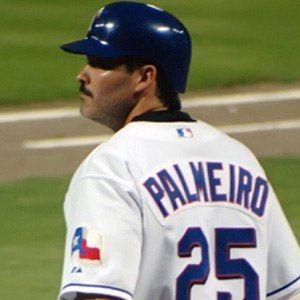 4-time All-Star who became part of an exclusive list of players to record at least 500 home runs and 3,000 hits. He played for the Texas Rangers, Baltimore Orioles and Chicago Cubs.

He deferred his major league career by not signing with the New York Mets in 1982 and waiting until the 1985 draft to join the MLB.

A day after his 3,000th career hit he was suspended for taking anabolic steroids.

He had two sons, Patrick and Preston, with his wife Lynne.

Los Angeles Dodgers left fielder Manny Ramirez was also caught up in the doping scandal and faced a much longer suspension.

Rafael Palmeiro Is A Member Of