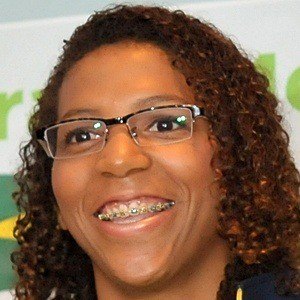 Brazilian martial artist who took home the gold medal for judo in the 2016 Olympics in Rio de Janeiro. Her presence on social media has led her to amass over 290,000 followers on Instagram.

She began studying judo at the age of seven.

She has many gold medals to her name including one from the World Championships, Pan American Championships and Military World Games.

She began dating Thamara Cezar. She has a sister named Raquel.

She defeated Marti Malloy to win the World Judo Championship in 2013 making her the first female ever to win the gold for Brazil.

Rafaela Silva Is A Member Of