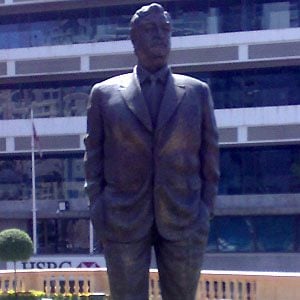 Lebanese business magnate who dominated his country's political landscape after the 15-year civil war ended. He was Lebanon's Prime Minister from 1992 to 1998 and was assassinated seven years later.

He made his fortune running Saudi Oger, the primary construction firm used by the Saudi Royal family for all of their important and expensive work.

He donated $12 million to Lebanese victims of the 1978 South Lebanon conflict and helped clean and reconstruct the streets of Beirut.

He married his second wife, Nazik Audi, in 1976. He had a total of seven children.

He was criticized by some western nations when he refused to hand of "accused terrorist" to George W. Bush.

Rafic Hariri Is A Member Of