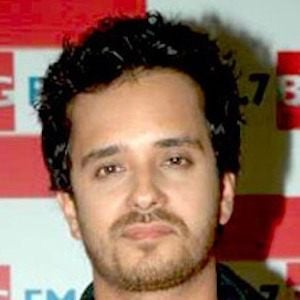 Indian singer, composer and film scorer who decades long career has resulted in a prolific and varied body of work. In addition to producing over 15 albums, scoring over a dozen films and performing life all over the world.

He started playing his first instrument, the harmonica, at the age of four. Every year since then his parents have given him an instrument. Born into a family of music lovers, Raghav was interested in music from a very early age.

12 of his albums have been produced under his own label.

His father is R. K. Sachar and his mother is Usha Sachar. He is the youngest of three children and he Raghav married actress Amita Pathak in January of 2014.

The first film he scored was Kabul Express that was directed by Kabir Khan.

Raghav Sachar Is A Member Of