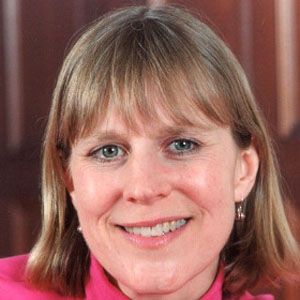 American author who is best known for her popular young adult fiction series, The Baby-Sitters Club. Her other works for children and young adults include Bummer Summer (1983) and Missing Since Monday (1986).

She graduated from Smith College and worked as a teacher and editor before becoming a full-time writer. She published the first book in her popular Baby-Sitters Club series in 1986.

Her 2002 stand-alone novel, A Corner of the Universe, received the prestigious Newbery Medal for children's literature in 2003.

She and her sister Jane grew up in Princeton, New Jersey. She was in a long-term relationship with fellow author Laura Godwin in the early 2000s.

As a child, Martin was inspired by the children's novels of popular UK author, Roald Dahl.

Ann M. Martin Is A Member Of