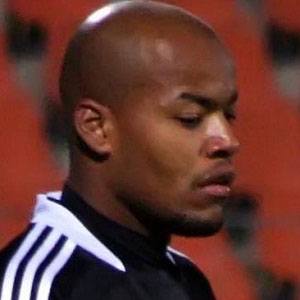 Algerian soccer player best known as the goalkeeper for the French and Algerian national teams. He has also played for clubs like Ethnikos Piraeus, Slavia Sofia and Philadelphia Union.

He was born in Paris and played youth soccer for Racing Paris from 1995 to 2002.

While playing for Algeria, he was named Man of the Match for his performance against Germany at the 2014 FIFA World Cup.

His mother is Algerian and his father is Congolese.

He played with Algerian captain Madjid Bougherra at the 2014 FIFA World Cup.

Rais Mbolhi Is A Member Of