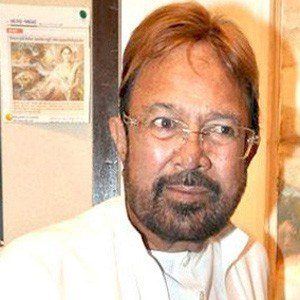 Late Indian movie icon who was known as Bollywood's original superstar and who won a Filmfare Lifetime Achievement Award. He rose to fame by appearing in Baharon Ke Sapne, Raas, Ittefaq, and Aradhana.

He had two children, Twinkle and Rinke, with his wife Dimple Kapadia.

Like Hema Malini, he was a Filmfare Lifetime Achievement Award winner.

Rajesh Khanna Is A Member Of