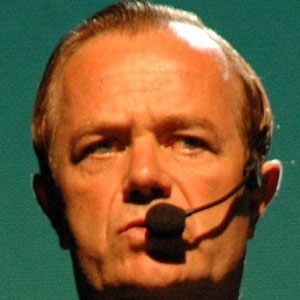 German singer and keyboardist best known as a founding member of the influential electronic music act Kraftwerk. He is an avid cyclist and is responsible for much of the band's cycling-themed work, including the single "Tour de France."

He studied musical improvisation at a school in Dusseldorf. He and other members of Kraftwerk were originally members of the band Organisation.

He was put into a coma as a result of a serious cycling accident in 1983.

He was born in Krefeld, Germany.

He and multi-instrumentalist Florian Schneider are two founding members of Kraftwerk.

Ralf Hutter Is A Member Of