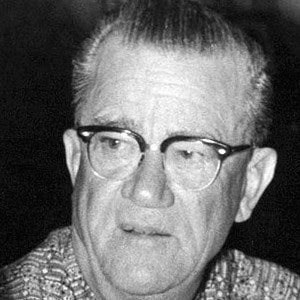 He and his partner Jerry Hall set up their own AM radio station in a Firestone dealership in 1924.

He was an avid conservationist who collected many Native American artifacts.

His wife Harriett died two years after him in 1986.

He helped to raise the profile of many country music stars, including Tennessee Ernie Ford.

Ralph D. Foster Is A Member Of