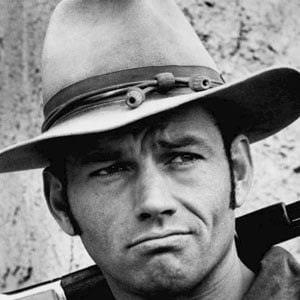 Remembered for his starring roles in three 1960s, western-themed television series -- Klondike, Acapulco, and Hondo -- he also appeared in several episodes of both Manhunt and Highway Patrol.

A knee injury forced him to give up his early dream of becoming a professional baseball player, and in his early twenties, he began studying acting at New York's American Academy of Dramatic Arts.

He began his screen acting career after starring in a stage production at the Beverly Hills Playhouse.

He was born in New York City to German parents. His marriage to Linda Jarrett began in 1967 and resulted in a son named Rich Taeger.

He and James Coburn co-starred in both Klondike and Acapulco.

Ralph Taeger Is A Member Of