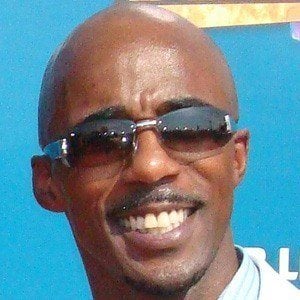 R&B tenor singer who led the group New Edition, singing hits like "Candy Girl" and "If It Isn't Love."

He appeared in a talent show when he was young.

He began touring with Bobby Brown and Johnny Gill as a new group called Heads of State in September 27, 2008.

Ralph Edward Tresvant Jr. Is A Member Of