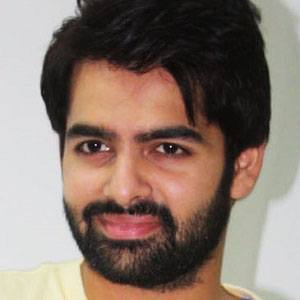 Indian actor who rose to fame through his appearances in Telugu films like 2007's Jagadam and 2008's Ready. He starred in 2009's Maska, which had one of the biggest openings in history.

He grew up in Chennai and made his film acting debut in 2006.

He won a Filmfare Award for Best Male Debut for his work as Devdas in the film Devadasu.

He co-starred with actress Genelia D'Souza in the romantic comedy Ready.

Ram Pothineni Is A Member Of