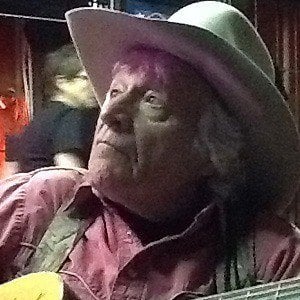 American country and folk singer who started making music in the 1950s and appeared in Bob Dylan's Rolling Thunder Revue.

He was born into a Jewish family and wanted to be a cowboy when he was younger, after being inspired by seeing rodeos at Madison Square Garden.

He received a Grammy Award in 1995 for his album South Coast.

He had a daughter named Aiyana, with whom he had a strained relationship. This was documented in the 2000 documentary film, The Ballad of Ramblin' Jack.

He once lived with Woody Guthrie as an admirer and student.

Ramblin' Jack Elliott Is A Member Of