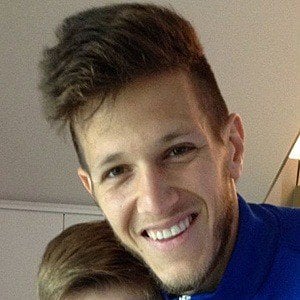 Israeli centre and left back who first represented his country internationally in 2010. He's played for the Belgian side Standard Liège and was loaned out to Scottish Premier League club Celtic FC during the 2013 season.

He began his youth career in 1996 with Rishon Lezion. He would later make his senior team debut for the club in 2009.

He helped lead Belgian club KAA Gent to the First Division and Supercup championships in 2014-2015. He scored a goal for Israel against Portugal in 2013 during 2014 World Cup qualifying.

He has been linked romantically to Israeli model Neta Alchimister.

He played alongside the then-team captain Steven Defour for Belgian club Standard Liège between 2009-2011.

Rami Gershon Is A Member Of