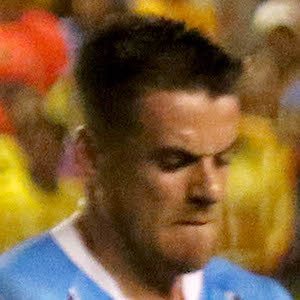 Defender who has gained fame for his play in Brazil's Serie A, including for Grêmio. He helped lead the club to the 2016 Copa do Brasil championship.

He began his youth soccer career in Juventude's youth academy in 2003. He would later make his professional debut with the club in Brazil's Serie D in 2011.

He contributed on defense to Gremio's 2017 Copa Libertadores-winning club. He later won the Campeonato Gaúcho with Gremio in 2018.

He was originally born and raised in Gramado, Rio Grande Do Sul, Brazil.

He and Leo Moura have played as teammates for Gremio.

Ramiro Benetti Is A Member Of