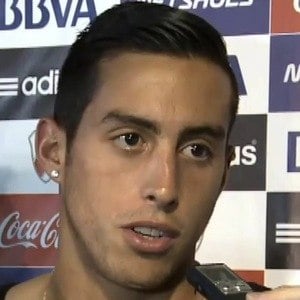 Defender for the Argentina national football team who joined the English club Everton in 2015. He spent several years prior with River Plate, appearing in 75 games.

He spent his youth career with El Poli, FC Dallas and River Plate.

His international debut was against El Salvador in a friendly match in 2015.

He married the sister of midfielder Mauro Díaz. He emigrated to the United States with his family in 2001. He has a twin brother named Rogelio who is also a professional soccer player.

Upon joining the Argentina national football team, he became a teammate of Lionel Messi.

Remiro Funes Mori Is A Member Of