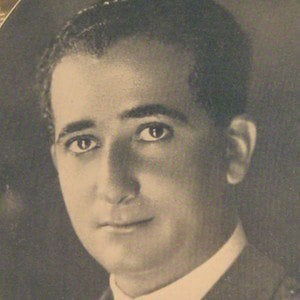 Spanish pilot and political activist who was acclaimed as a national hero. He was killed when his hydroplane crashed off the coast of Majorca, and there were rumors that the plane had been tampered with.

He joined the Spanish Air Force when he was twenty four and became known as a hero for his 1926 trans-Atlantic flight on the Plus Ultra, which covered 10,270 km in 59 hours and 39 minutes.

He fought for the nationalists in the Spanish Civil War and was named head of the airbase at Majorca.

He was married and had one daughter.

He was the brother of the Spanish dictator Francisco Franco.

Ramón Franco Is A Member Of