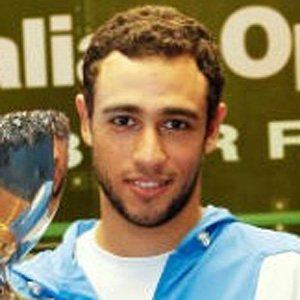 He became the youngest winner of the World Junior Squash Championship at age sixteen.

He won his twenty-sixth title and second World Open Championship title in 2012.

He was raised with an older brother named Hisham Mohd Ashour.

Ramy Ashour Is A Member Of