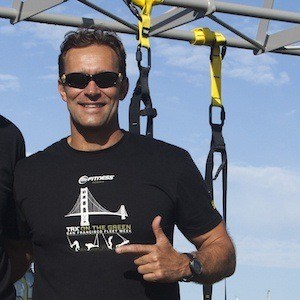 Fitness entrepreneur who made millions by creating the line of suspension training equipment known as TRX. His company has landed on such lists as Inc.'s 500 Fastest Growing Companies and Outside Magazine's Best Places to Work.

He was a Navy SEAL Squadron Commander in the 90s. He later earned an MBA from Stanford University.

His TRX Force program was implemented as a military training program by the U.S. Marines.

He married a woman named Brittany.

His TRX equipment has been publicly praised by athletes like NFL quarterback Drew Brees.

Randy Hetrick Is A Member Of