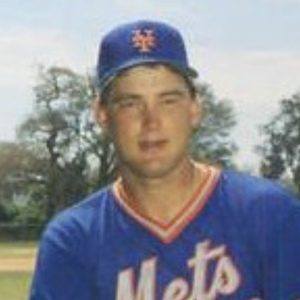 All-Star left-handed reliever who made his MLB debut in 1985 with the New York Mets and led the league in saves three times during his 14-year career.

He graduated from Evergreen High School in Washington.

In 1997 with the Baltimore Orioles, he posted a 1.51 ERA and saved 45 games, finishing fourth in the Cy Young voting.

He was born in Vancouver, Washington.

He played alongside sure-handed first baseman Mark Grace on the Cubs.

Randy Myers Is A Member Of