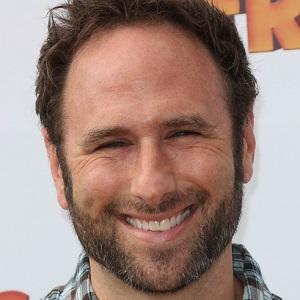 One half of the identical twin comedy duo the Sklar Brothers along with Jason Sklar. The twins first gained notoriety by hosting the ESPN series Cheap Seats and they've also appeared on such TV shows as It's Always Sunny in Philadelphia and Chelsea Lately.

The twins attended the University of Michigan before moving to New York in 1994 to pursue stand-up comedy.

He and Jason hosted the SportsCenter segment 'The Bracket' and have also made appearances on the ESPN radio series The Jim Rome Show.

He has two children with his wife Amy Sklar.

The twins appeared alongside Ellen Pompeo in an episode of the series Grey's Anatomy.

Randy Sklar Is A Member Of