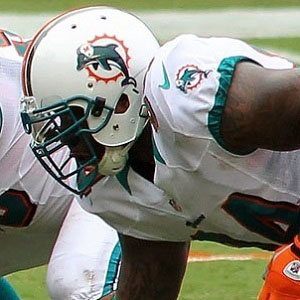 Defensive end who has played for NFL teams like the Tennessee Titans, Miami Dolphins Cleveland Browns since being drafted in 2004. He was a Pro Bowl selection in 2010 and 2012 as a member of the Dolphins.

He spent his first few years of life in Germany. He later lettered in football, basketball and track at Westlake High School in Waldorf, Maryland.

At the University of Maryland, he was a Second-Team All-ACC in 2002 and a First-Team All-ACC selection in 2003.

He has a son named Trey. His father is Randolph Starks, Sr., who served in the United States Army.

He played with Pro Bowl cornerback Brent Grimes in Miami.

Randy Starks Is A Member Of