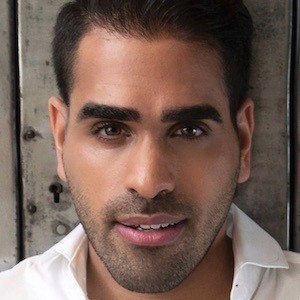 NHS doctor and TV personality who specializes in children's health. He's known for being on the CBeebies show Get Well Soon, a medical show aimed at educating young children about the importance of taking care of their health.

He trained at various hospitals in London and became a member of the Royal College of Paediatrics and Child Health in 2007. He co-created Get Well Soon, which first aired in 2012.

Although he's only 5'6", he credits the size of his co-stars on Get Well Soon (3-foot tall puppets) for helping him look tall. He has a hidden talent for music and singing.

His parents both grew up in Punjab, India.

He and Jennifer Ashton both created publicity for overlooked sections of the health industry, with Singh focusing on young children and Ashton on adolescent girls.

Dr. Ranjit Singh Is A Member Of