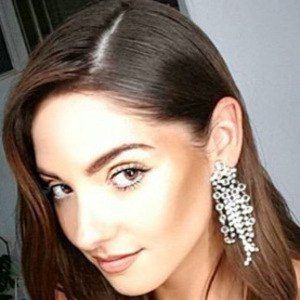 Versatile Chilean singer, actress, and former beauty pageant contestant who first gained fame starring in the pre-teen television series Karkú. This ultimately led to her membership in the musical group Six Pack and eventually a solo career under the stage name Kel.

She was cast in the show Karkú in 2006 and the show debuted just a year later on TVN.

In her breakout role on the show Karkú, she shared the screen with fellow actress Luciana Echeverria.

Raquel Calderón Argandoña Is A Member Of