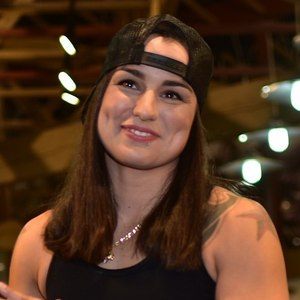 Mixed martial artist who finished second in The Ultimate Fighter: Team Rousey vs. Team Tate in 2013. Later that same year, she won her UFC debut. She fights at bantamweight.

She was a multi-sport high school athlete and began pursuing MMA at 19. She went 7-1 as an amateur fighter before going pro in 2012.

She started training to be a fighter while at the University of Colorado Colorado Springs on an academic scholarship.

She grew up in Colorado Springs and is openly gay.

Raquel Pennington Is A Member Of