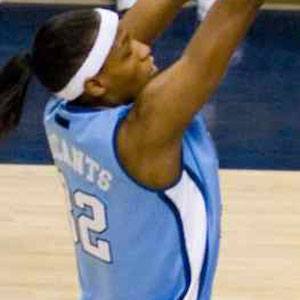 WNBA player whose brother Rashad was a star basketball player at UNC.

In high school, she and her brother Rashad were the first brother-sister duo in the McDonald's All-American Game.

In addition to the WNBA, she played in Israel, Poland, and Finland.

She was raised in a sports family: her father was drafted into the MLB by the Detroit Tigers.

She began her WNBA career around the same time as Candace Parker.

Rashanda McCants Is A Member Of