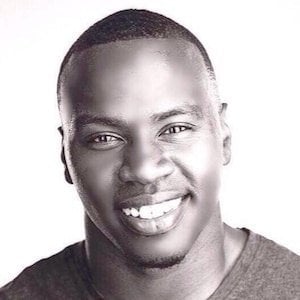 Gospel singer and author with Agape International Ministries. He has become incredibly popular by releasing his original music through SoundCloud. He also published the book The Divine Manual.

He studied at both the University of Central Oklahoma and Texas Christian University and earned a degree in psychology.

A worship leader, he has become incredibly popular on Snapchat by performing sermons under his handle SIRTIFIED.

He was raised in a military family by his parents, Rodney, a former coast guard, and Renea, a business owner. He has three brothers: Mashawn, Tuswani, and Shamaad. He began dating Denisse Encarnacion in November 2015 and has a son named Jerrell Rodney Copeland.

He has been heavily influenced by fellow gospel singer Kirk Franklin.

Rashawn Copeland Is A Member Of