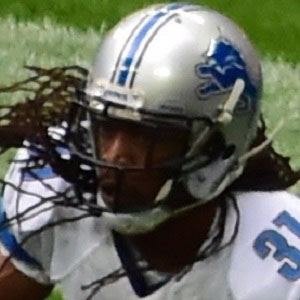 He was drafted 29th overall by the Jaguars in 2003 after playing college football at Bethune-Cookman University.

He had his best statistical season in 2006, when he earned his only career All-Pro selection.

He was teammates with Mark Brunell during his 2003 season with the Jackonsville Jaguars.

Rashean Mathis Is A Member Of