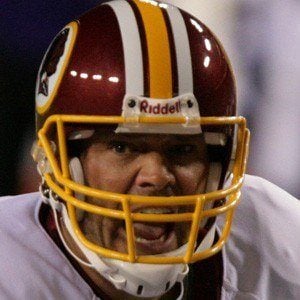 First quarterback for the Jacksonville Jaguars' inaugural NFL season in 1995. He was a 3-time Pro Bowl selection with the Jaguars and threw for 32,072 passing yards and 184 touchdowns over the course of his NFL career.

He played college football at the University of Washington and went on to play quarterback for five NFL franchises.

He fathered four children with his wife Stacy. Their daughter, Caitlin, went on to win teen pageants.

He was replaced by Jason Campbell as the starting quarterback for the Washington Redskins.

Mark Brunell Is A Member Of