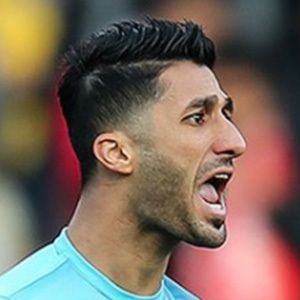 Goalie who has risen to fame for his Persian Gulf Pro League career, including for Zob Ahan between 2014-2019. He led the club a the Iranian Super Cup victory in 2016 as the squad's starting keeper.

He made his youth club debut in 2002 for Fajr Sepasi. He later made his pro debut in 2010 for Esteghlal Ahvaz FC.

He was originally born and raised in the Iranian city of Dogonbadan.

He and Masoud Shojaei have played as teammates for Tractor S.C. of the Persian Gulf Pro League.

Rashid Mazaheri Is A Member Of