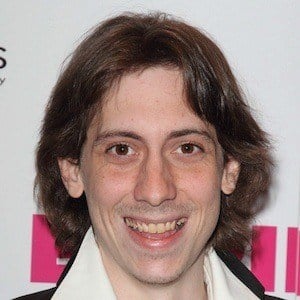 Responsible for the voicing multiple characters in the Thomas & Friends TV series, Hardiker would stay with the franchise by providing the voice of Philip in the movies Thomas & Friends: The Great Race and Thomas & Friends: Journey Beyond Sodor. He was a recurring cast member on Danger Mouse and starred in Scream Street.

He did his A level in drama at the Arthur Terry School in Sutton Coldfield.

He was featured in the Black Mirror Christmas special, "White Christmas."

His first name is native to Denmark. He was born in Sutton Coldfield, Birmingham, England.