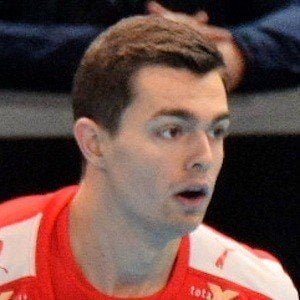 Center back who joined the club SG Flensburg-Handewitt in 2015. He won gold at the German Championship in 2014 and 2015. He has more than 50,000 followers on his rasmuslauge25 Instagram account.

He first played for Bjerringbro-Silkeborg from 2009 to 2013.

He posted a photo of himself, his wife, and his daughter Freja to Instagram in December 2017.

He and Mikkel Hansen are both handball players from Denmark.

Rasmus Lauge Schmidt Is A Member Of