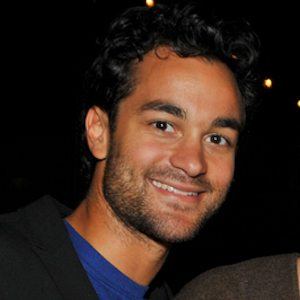 Ballet dancer and choreographer who has won numerous competitions, including the USA International Ballet Competition, and performed with prestigious dance companies like Imperial Russian Ballet. He founded the Bad Boys of Dance company in 2007.

He grew up in Washington, D.C., where he began his dance training at the Kirov Academy of Ballet. He also participated in swimming, gymnastics and tae kwon do.

He performed a solo at the 1999 Academy Awards.

He married actress Adrienne Canterna, with whom he has a daughter named Anami.

His Bad Boys of Dance company has included dancers like Nick Lazzarini, who won the first season of So You Think You Can Dance.

Rasta Thomas Is A Member Of