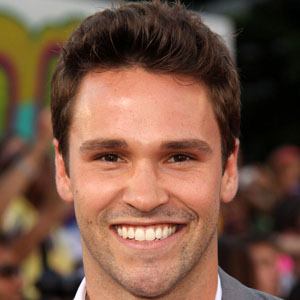 Professional dancer best known as the inaugural winner of the Fox reality series So You Think You Can Dance. He has performed with both the RAW Dance Company and the Dance Company of San Francisco.

He started dancing when he was just four years old; by age fourteen, he was choreographing dance pieces. During his early years, he won the Junior and Teen Mr. Dance of America competitions.

He was a two-time cover model for Dance Spirit magazine.

He grew up in the San Francisco Bay Area as a member of an Italian-American family.

He became good friends with fellow So You Think You Can Dance performer Travis Wall.

Nick Lazzarini Is A Member Of