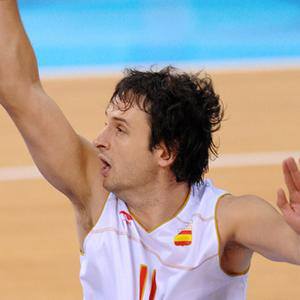 Former NBA point guard for the Utah Jazz who signed with Spain's Bizkaia Bilbao Basket in 2011.

He started his professional career with DKV Joventut at age 18.

He won an Olympic silver medal and a FIBA European Championship with Spain's national team.

He was raised in Vic, Barcelona.

He was once called the Spanish version of NBA Hall of Fame point guard John Stockton.

Raul Lopez Is A Member Of