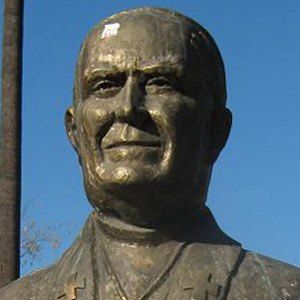 Chilean Cardinal of the Catholic Church who served as the archbishop of Santiago from 1961 to 1983.

He received his PhD in law from the Catholic University of Chile.

He put his life at risk by being an outspoken opponent of Augusto Pinochet, the military dictator of Chile from 1973 to 1990.

He participated in the papal conclave of October 1978, which selected Pope John Paul II.

Raúl Silva Henríquez Is A Member Of