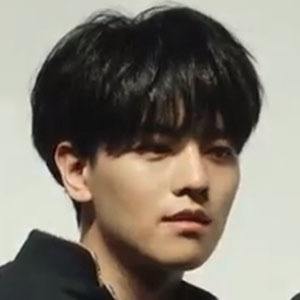 Rapper and vocalist for the RBW Entertainment-formed K-pop group ONEUS that debuted with a single called "Valkyrie." They released a 2019 mini-album called Light Us.

He was a participant of the show MIXNINE. He won 2nd place at JYP's 2014 audition and is a former JYP, YG, and Plan A trainee.

He was supposed to debut with a group called Victon, but left the company first. He appeared in the music video for MAMAMOO "Everyday."

His real name is Kim Youngjo. He has an older sister.

He and fellow ONEUS member Seoho were both participants of MIXNINE.

Ravn Is A Member Of