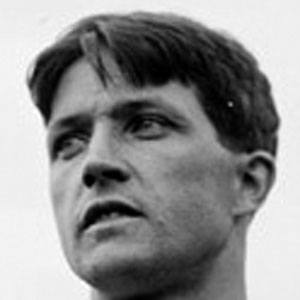 He attended Purdue University, where he honed his athletic skills.

He set a world record in the standing long jump, which stood until the event was discontinued in 1930.

He was born in Lafayette, Indiana.

He held a record for most individual gold medals at the Olympics, which stood for 100 years before Michael Phelps broke it.

Ray Ewry Is A Member Of