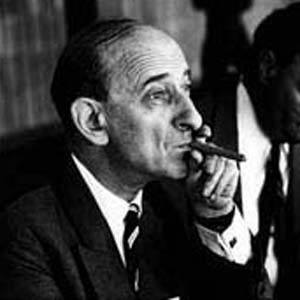 Former philosopher and academic most remembered for his thoughts on French Liberalism and his novel The Opium of the Intellectuals from 1955.

He obtained his Doctorate in Philosophy from the École Normale Supérieure in Paris.

He was selected as a Foreign Honorary Member of the American Academy of Arts and Sciences in 1960.

His family was residing in Paris when he was born.

He and artist Sophie Calle were both born in Paris.

Raymond Aron Is A Member Of