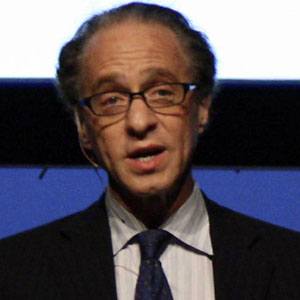 Futurist and philosopher who pioneered voice and speech recognition. He was the director of engineering at Google.

His childhood obsession with science fiction laid the foundation for the rest of his career.

He and Stevie Wonder became good friends after Wonder purchased one of his reading machines.

Ray Kurzweil Is A Member Of