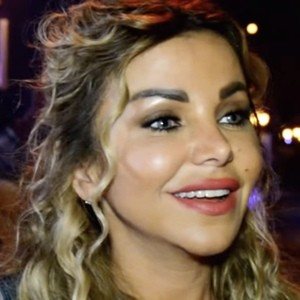 Lebanese television personality, singer and actress most famous for presenting shows like Leil Maftouh and Pops and Tops. As a singer, she is best known for songs like "Enta Ba'a."

She began presenting for Leil Maftouh at age sixteen, making her the youngest presenter in Lebanese television history.

She created her own perfume brand called RAZ de RAZAN.

She and Pilar Lastra both appeared on the game show Deal or No Deal.

Razan Moughrabi Is A Member Of