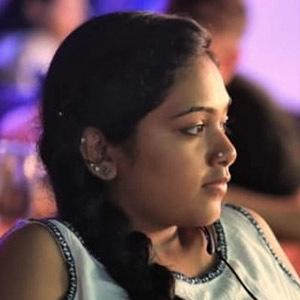 Her career as an actress started when she was just a child. She appeared in an episode of the soap opera Kunjikkoonan on the Asianet channel. She gained further attention in 2016 when she landed a recurring role on the show Mizhi Randilum on the Surya TV network.

She has won several awards for her acting including the Best Actress Award at the Jaycee Foundation Awards in 2018 for her role in the film Kasthooriman.

She was born and raised in Thrissur, Kerala, India and has a sister named Geethu Santhosh.

She shared a video of herself with famed singer Rimi Tomy to her Instagram in January of 2019.

Rebecca Santhosh Is A Member Of