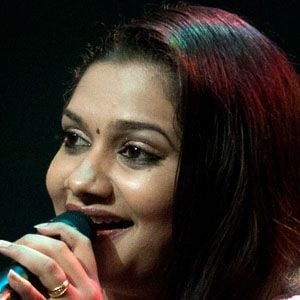 Indian playback singer known for her acclaimed work on films like 5 Sundarikal. She has also been a judge on the reality singing competition Sunfeast Delishus Star Singer.

She sang playback for the 2008 film Twenty:20, which set a record for the highest opening weekend gross for a Malayalam film.

She married Royce Kizhakoodan in April 2008. In 2019, the couple divorced after 11 years of marriage.

She collaborate with singer Shankar Mahadevan on the 2003 film Meesa Madhavan.

Rimi Tomy Is A Member Of