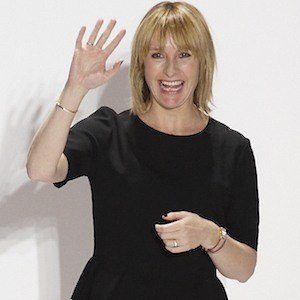 Kiwi fashion designer known for her feminine and flirty designs sold in stores around the world. Remarked for her use of color and feminine prints, her work has been lauded by celebrities like Reese Witherspoon and Rashida Jones, amongst others.

After studying fashion at Wellington Polytechnic, she earned one of her first jobs created costumes for the puppets in Peter Jackson's Meet the Feebles. She then moved to New York with $600 to her name and began working for designer Cynthia Rowley.

In 2011, her label was acquired by the Kellwood Company, an apparel manufacturing company.

Growing up, her mother was a talented seamstress and would sew hers and her sister's clothing by hand. She married Wayne Pate. Her sister, Victoria, is a jewelry designer and has debuted her collection at Rebecca's catwalk shows.

Rebecca Taylor Is A Member Of