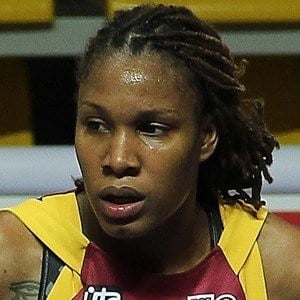 American professional basketball player who is best known for playing the power forward position for the Minnesota Lynx of the Women's National Basketball Association.In 2011 she was responsible for helping the team win the WNBA Finals.

During her time in college she was named Georgetown University's all-time leading rebounder.

She was one of the finalists named to the 2012 U.S. Women's Olympic Basketball Team Roster.

She is originally from Washington D.C.

Both she and Sylvia Fowles played for the Minnesota Lynx WNBA team.

Rebekkah Brunson Is A Member Of