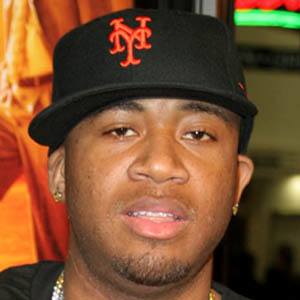 Hip hop artist also known as Arm & Hammer Man with a charting US R&B album to his name called The Supplier.

He spent some time behind bars before joining a group called Da Franchise.

He worked with Rick Ross and Ryan Leslie on a track called "Fly Together," Fabolous on a song called "Pretty Gang," and "Jeremih and Rick Ross on the single "Making Me Proud."

His birth name is Jermaine Denny and he is from the Flatbush neighborhood of Brooklyn, New York. He chose Red Cafe as his stage name partly due to his father's nickname being "Red."

He collaborated with DJ Envy on a 2007 album called The Co-Op.

Red Cafe Is A Member Of