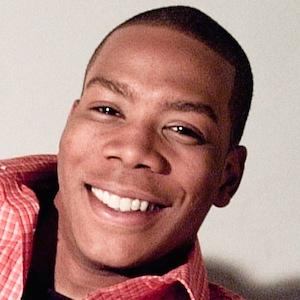 Television personality on The Weather Channel, ESPN, and TNT Sports who performs comedy on tour and serves as a sportscaster and actor. He has interviewed athletes, Hall of Famers, musicians, and occasionally Mike Tyson.

Forever a class clown, he began performing at Columbia University with an improv troupe and later with a campus sketch comedy show. He took his talents to open mics, persevering through the silent crowds until finally finding his groove.

He met Broadway star Brandon Victor Dixon and producer Justin Benjamin during his college years and wound up collaborating with them throughout his career.

He was born in Washington, D.C. and was first introduced to comedy by his grandmother's impressions.

He used to listen to cassettes of Martin Lawrence comedy while riding in the back of his parents' car.

Reese Waters Is A Member Of